Polixeni Papapetrou Eden and Beyond 2016

The series Eden arose out of a project that had been commissioned by the Centre for Contemporary Photography (CCP), Melbourne in 2015. I was asked to create works in response to the Melbourne General Cemetery. I photographed flowers obtained from the cemetery against a black backdrop to invoke ideas about mourning and remembrance. In addition, I made a photograph of my daughter Olympia called Running under Skies. Clad in a black dress and bonnet and holding a spray of peppercorn branches, she runs over the unmarked grave section in the cemetery. It was important to me to include this work as I am to be buried in this cemetery and wanted to memorialise my daughter in the space; another site that will become important to her.

While making the work for the CCP, I began investigating the culture and language of flowers. After completing that work, I wanted to create new images that used the metaphor evoked by the flower to talk about the condition of becoming from childhood to adolescence to adulthood. Photographing my daughter Olympia and her friends through these stages would complete a cycle for me.

The history of photography is replete with glorious images of flowers and I discovered that flowers make challenging subject matter for both technical and philosophical reasons. For this project I decided that I could not photograph the flowers alone and chose instead to create a relationship between the sitters and the flowers. I photographed girls whom I had worked with in the past and in some cases photographing their younger sister instead. Other sitters I have known for years, but had not had the opportunity to work with them before.

When I was conceiving how to make Eden an odd thought kept running through my mind: if these were to be my last photographs what would I have to say about my life and my work? As it turns out, that voice was prescient and I am glad to have followed my instinct to create work about how we are nature. By reflecting on the changing body of young people as they shed one skin for another, we are embedded in the cycles of life. The seasons of growth, blossoming, and wilting are visibly illustrated in the life cycle of the flower which also highlights our mortality.

In Eden I used the language of flowers to explore life itself. The girls in the photographs are adorned with floral arrangements to reflect on their metamorphosis from child to adolescent and adolescent to adult, and a oneness with the world, fertility and the cycles of life. The girls are enclosed in a floral embrace that symbolizse their unity and acceptance of this miraculous thing we call life.

I become almost dizzy with the scent of flowers and this is my metaphor for all the headiness and beauty I have experienced in this lifetime. 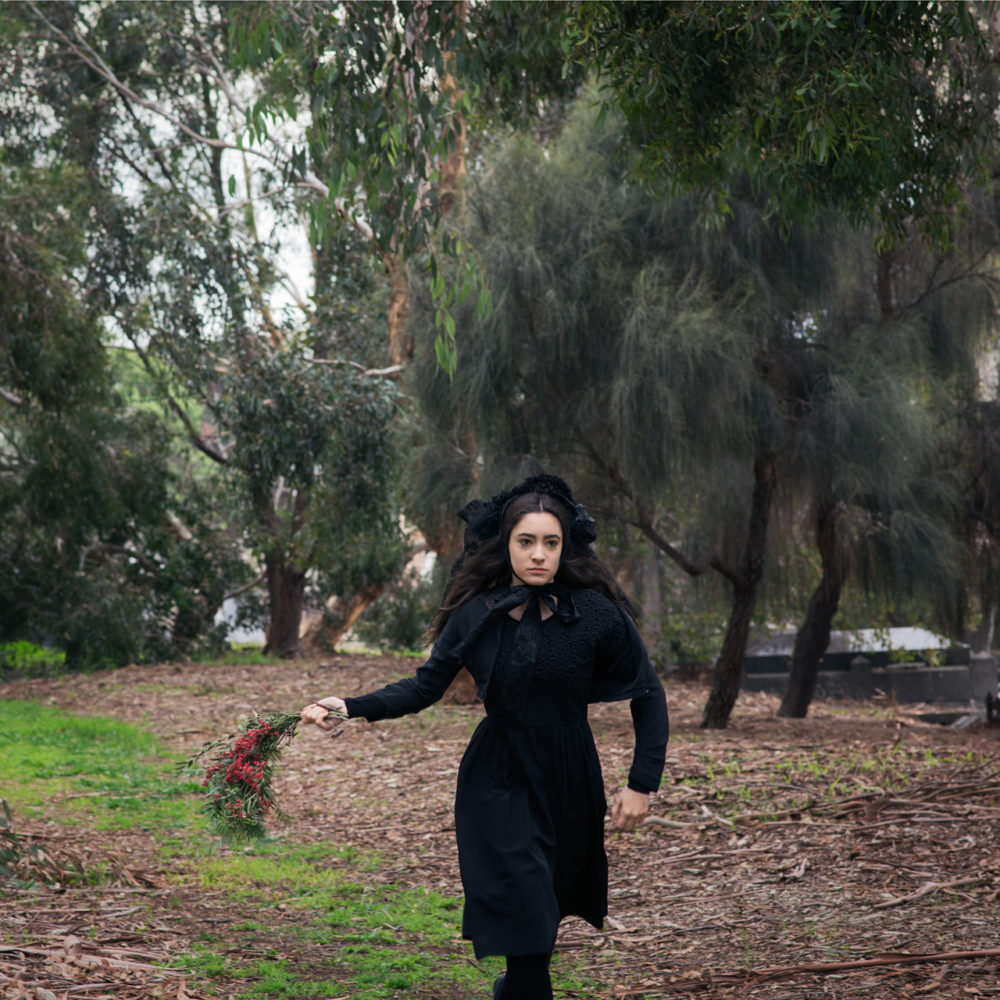