Polixeni Papapetrou was a celebrated photo-media artist whose work explores the relationship between history, contemporary culture and identity. Her subject matter has included everyone from Elvis Presley fans, Marilyn Monroe impersonators to body builders, and for over a decade she explored the representations of childhood in photography, featuring and collaborating with her two beloved children in various series.

Papapetrou originally trained as a lawyer, graduating with a BA/LLB from the University of Melbourne in 1984. In 1997 she graduated with a Master of Arts (Media Arts) from RMIT University and in 2007 with a PhD from Monash University. Her interest in photography was sparked in the 1980’s upon meeting artist and teacher Les Walkling, whom she later collaborated with on the realisation of her prints.

From the outset of her practice, the themes of performance, dress-ups and the representation of identity have been a recurring and progressing thread in her work.

Polixeni’s work consistently reflects upon the different facets of childhood and presenting a picture of a more knowing child. Themes of her work vary from drawing upon ideas about the representation of childhood from 19th century photography, (Dreamchild, 2003 & Wonderland, 2004); exploring the power of masks and dress ups (Phantomwise, 2002); revisiting the experience of childhood in colonial Australia (Haunted Country, 2006); reflecting upon a lost freedom and the regulated lives of children growing up in the world today (Games of Consequence, 2008); looking at the magical affinity that children have with animals (Between Worlds, 2009) or looking at the roles that children mimic from the adult world (The Dreamkeepers, 2012).

Polixeni lived and worked in Melbourne, Australia, and passed away in April 2018. 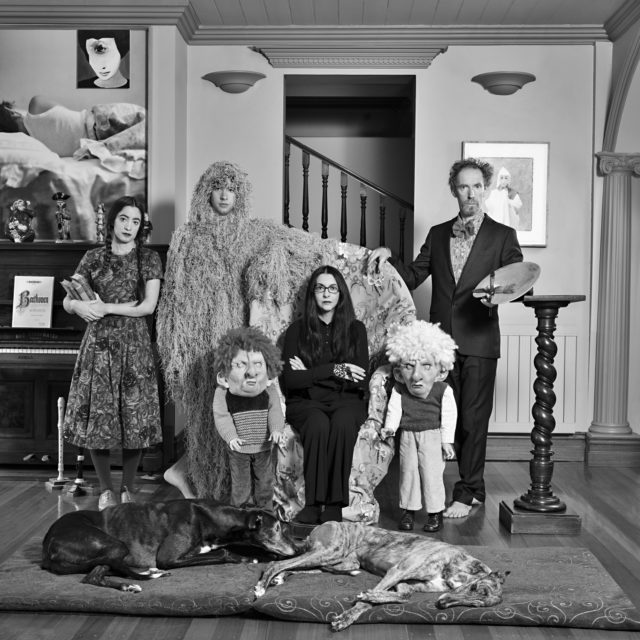