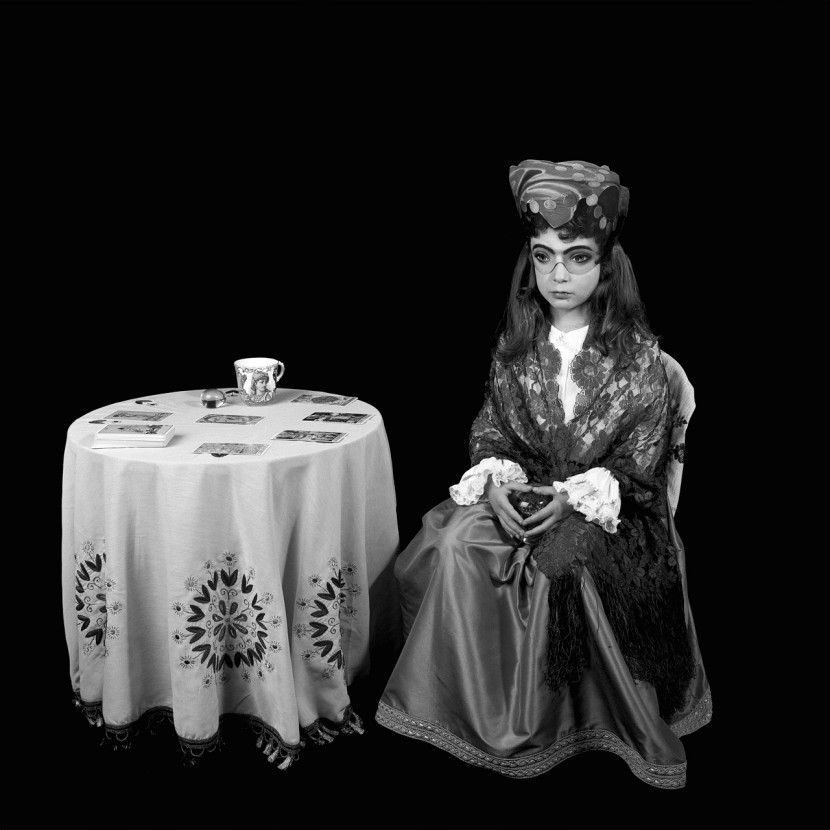 In the solo exhibtion Olympia Masked, Polixeni Papapetrou explores the iconology of childhood through the production of a body of photo-based works about her 5 year old daughter Olympia. Olympia is photographed wearing a variety of half masks which partly conceal her face. The masks allow her to enter into other territories and enable her to cross boundaries, thus raising questions regarding the portrayal of the ‘real’ and the ‘imaginary’. Unlike masquerade which ends when the mask is removed, to reveal the true identity of the wearer, in these photographs Olympia is permanently disguised—the effect of which allows her to transform her identity, her gender and ethnicity—and sometimes her age. Through this metamorphosis the viewer is also transformed and moved into a different representation of reality—the space between reality and the imaginative where ambiguity, contradiction and conflict come together as a new unity and a space that is both shared by the subject and the viewer.