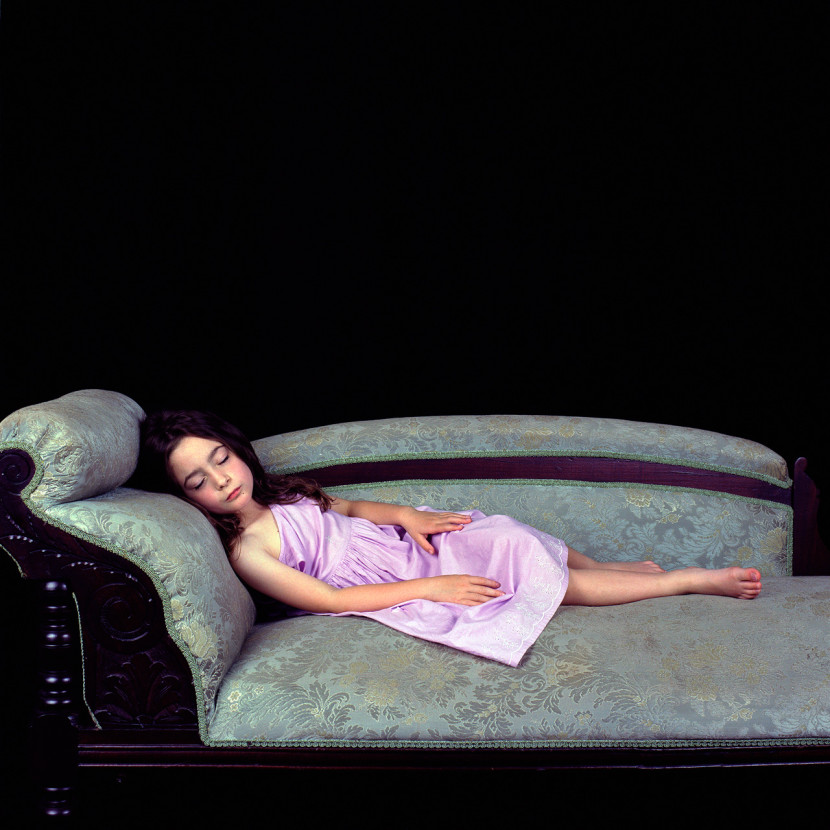 In the solo exhibtion Dreamchild, Papapetrou explores different aspects of childhood and the child’s imagination through the roles, archetypes and performances as acted out by her six-year old daughter, Olympia. Papapetrou’s photographs rework the theatricality and vivid tableaux style of Lewis Carroll’s images of Alice Liddell, the inspiration for Alice’s Adventures in Wonderland, and other child subjects such as Xie Kitchin and Irene McDonald who participated in costume dramas before his camera. Papapetrou’s images don’t look exactly like Carroll’s: Olympia’s gaze, in full knowledge of the Victorian exemplars that she rehearses, is more intense, more knowing, more dreamy, more in touch with the reasons for performing in the photographs and with the will of the mother-artist. These photographs raise questions about how Olympia presents herself as a female child and how she and Papapetrou, the maternal artist, explore the boundaries of her identity, through her dress-up performances before the camera.