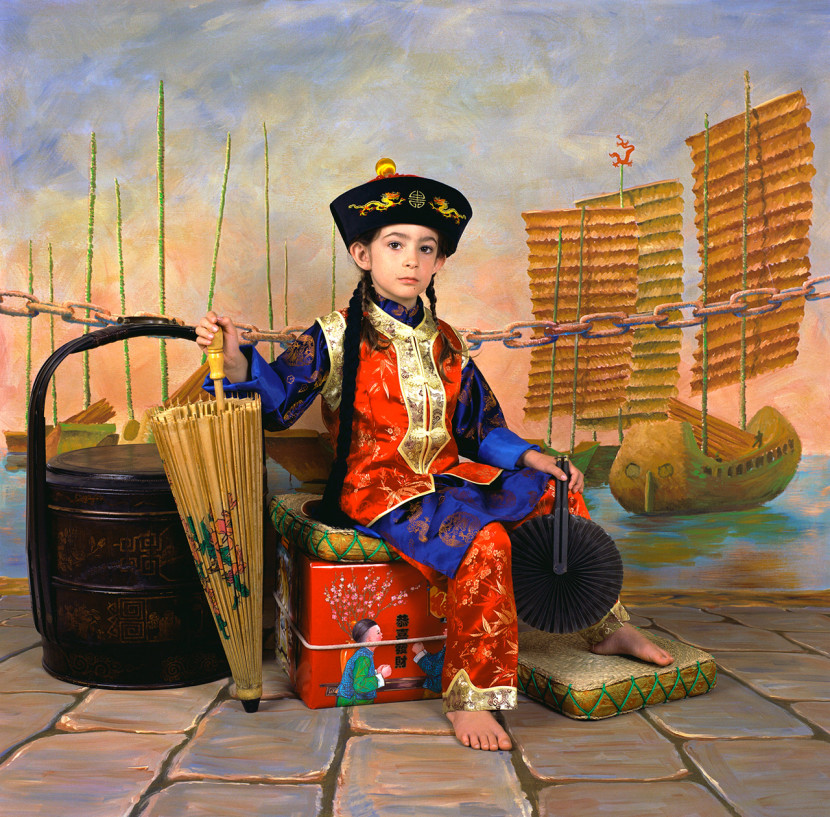 Beyond Real, Part 1 – Dressing Up

Works from Dreamchild are included in the exhibtion Beyond Real.

Polixeni Papapetrou explores historical tastes and ideas through present-day games of dress-ups with her daughter, Olympia. Here the tableau becomes a theatre of possibility in a game of What-If? as different genders, races, historical stereotypes and characters from fiction are briefly tried on for size. It is a true collaboration in the sense that neither participant knows the full story. The child, while intent upon the game and the impetus behind many of the sessions, cannot fully understand what it means to portray these characters in the context of the artwork as it passes into the wider world, and the mother can never fully know the mind of the child. Both act, as parents and children have throughout the ages, on trust and intuition. And the images never completely settle, remaining vivid and open encouraging us into a silent dialogue. Alasdair Foster