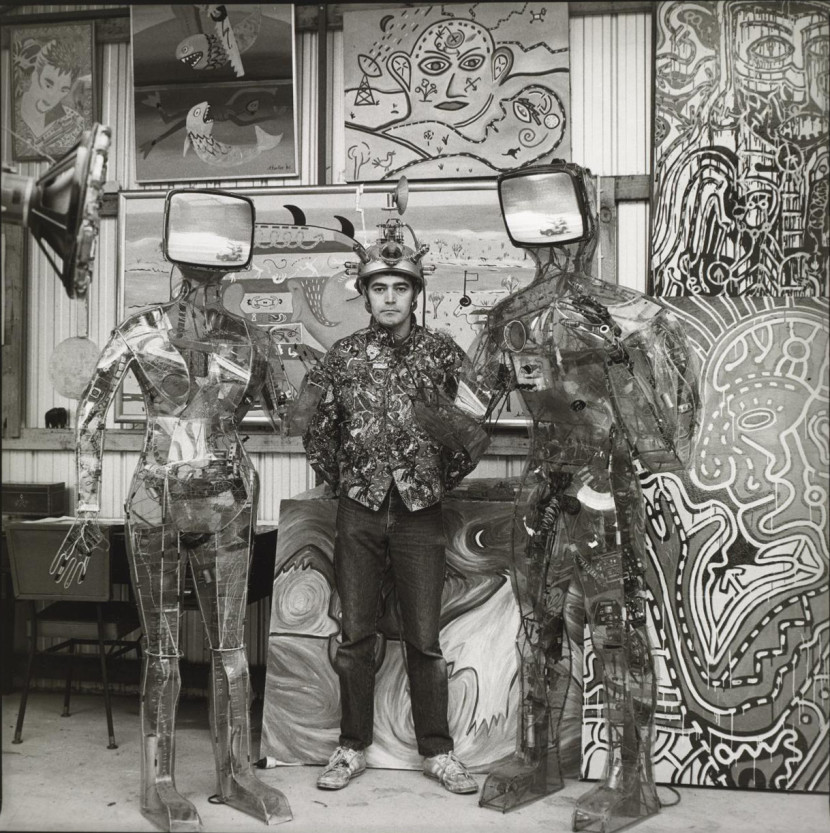 Transmission: Legacies of the Television Age

This thematic exhibition considers a range of artists’ responses to, and engagement with, television, sets and screens, visual broadcasting and the transmission of information. It includes Australian and international practitioners, with works dating from the late 1950s, when television was becoming a mass medium, to today. Within the exhibition there is consideration of television as a means of global communication; a mediator of technology; a distributor of pop culture and consumerism; a filter of media and the news; a vehicle for a new ‘reality’; and a transmitter of information.Transmission is an opportunity to reflect on the significance of the television age on art and contemporary culture, and to consider what is coming next.

In the mid 1980s Polixeni Papapetrou produced a series of photographs that documented people in their studios and domestic spaces. Papapetrou’s portrait of artist Arthur Hibbert sees him standing flanked by his technological constructions of cyborg-like male and female forms made of bent metal, their faces articulated by working television screens – his very own ‘television people’. Hibbert’s complex constructions were both a futuristic ‘embodiment’ of technology and a serious and humorous comment on the prevalence of television and what he considered the ‘vacuous’ content of commercial broadcasting. Maggie Finch