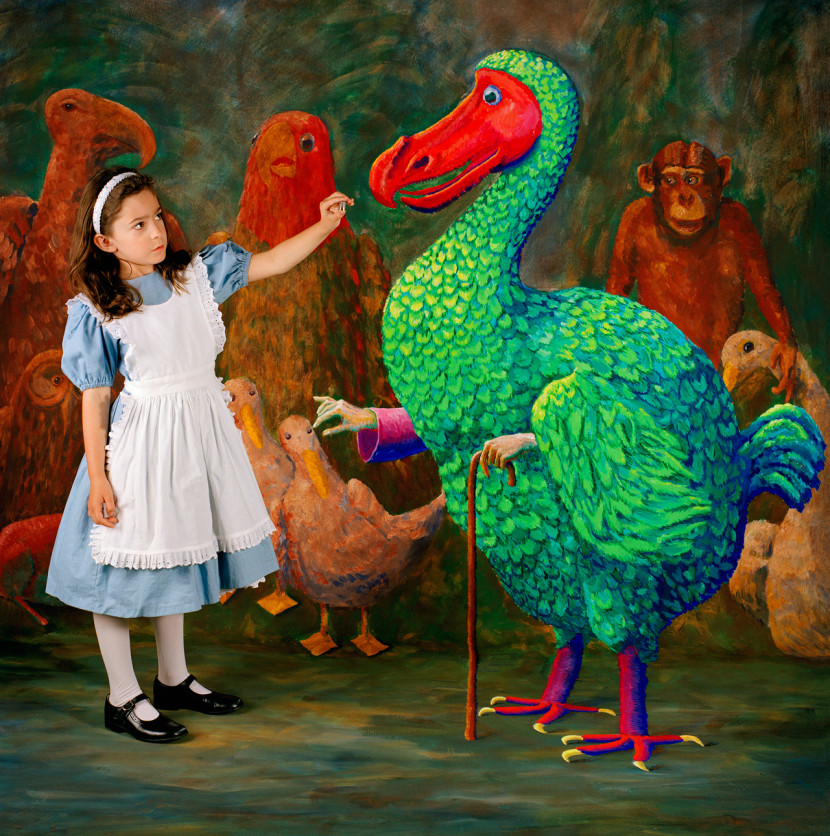 Image & Imagination brings together the work of artists from Australia, Canada, France, Haiti, the United Kingdom, and the United States. This ninth presentation of Le Mois de la Photo à Montréal explores the imaginations of these creators and follow their imaginative works into the spectator’s mind. After Alice,features Polixeni’s series Dreamchild(2003) and Wonderland (2004) which explore cultural constructions of girlhood.

In a series of painted tableaux depicting scenes (alternating between threatening and calming) from Lewis Carroll’s work. Whether one is being photographed, making a photograph, or looking at a photograph, photography is an act of the imagination. Martha Langford.